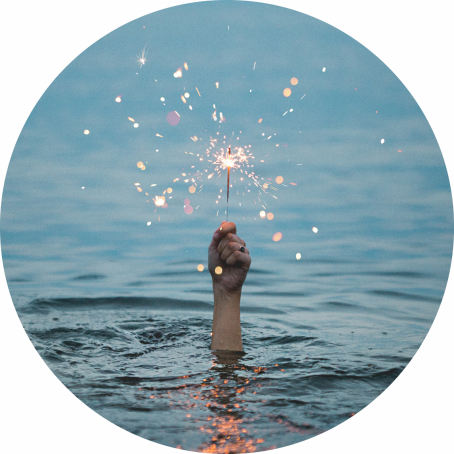 Getting people to perform at their best is hard, especially in creative environments where change is constant. Here are some regular exercises that can keep your team moving together as one.

Teams have life cycles: they are born with a mission, they grow and sustain themselves, and they dissolve as their mission ends.

But not all of these cycles are happy. Teams go through fights. They get “re-org”-ed and end up with new leaders or changed missions. People get fired or quit.

One of the ways to make these transitions easier is through rituals, deliberate actions that bring higher meaning into an experience. Often thought of in a religious or spiritual context, rituals can be any series of activities that helps connect people to something bigger than what’s directly in front of them. In our work on ritual design and teachings at Stanford’s d.school, my partner Margaret Hagan and I found that rituals can give a safe space for individuals and teams to experiment with new ideas while reinforcing values and connection despite cycles of change.

Rituals, of course, can come in many forms. In researching for my book, Rituals For Work, I’ve seen many that can help teams become more creative, productive, and adaptable. Some of the most common ones are daily scrums, weekly share-outs, and team-bonding events such as shared lunches and retreats. Here are five other rituals that managers and individual contributors can employ for healthier, more adaptable teams.

Research shows that rituals help people regulate their emotions, get closer to their life and professional goals, and live by their values. But emotion regulation is also a fascinating aspect of rituals. Athletes such as tennis player Rafael Nadal use rituals to calm and focus on the game. New Zealand’s rugby teams use a dance ritual called Haka to amp up the team’s emotions for confidence.

“Often times, in the grind of production, teams lose touch with the people on the receiving end of a product offering.”

In our research, we came across the “Moment of Reverence,” a brief ritual to do right before a big event. It’s taken from the operating room, where doctors and nurses, right before they begin a surgery, intentionally stop and take a moment to remind themselves that the surgery they’re about to perform is on a real person who has family and friends and a whole life to live. It’s a moment to reflect on how important the surgery is for this person, and ensures that the medical staff is tuned in and performing with flow.

You can see effective use of this ritual in high-stakes business situations. Often times, in the grind of production, teams lose touch with people on the receiving end of a product offering. To avoid this, teams can take a Moment of Reverence to remember the end user that they are serving before launching a new product or initiative. By taking that moment to connect, it’s a way of gut-checking yourself that the work you’ve done is sound.

2. For creating a deeper sense of purpose

What makes a team a healthy one is connectedness and a sense of belongingness among its members. Community-building rituals can help a manager create a whole that is bigger than the sum of its parts.

The pinning ceremony from Stanford d.school is a good example of a community-building ritual. It is a special ritual when a team has really come together and achieved something. When courses come to an end, the teachers lead a pinning ceremony for students in the class. They pass around a box where there are five different pins, each with a different symbol of the school. Each student gets to choose a pin with the symbol that most speaks to them. Then, the teaching team leads the students in saying a final script that recognizes that everyone is now part of the d.school community and that they have completed the class. The ritual finishes with pairs pinning each other.

When employees upskill their work profile with new roles such as data scientist, or design thinker, they need ways to feel accomplishment and a sense of new identity. At the end of their training, a similar pinning ritual can reinforce their identity and help them build their new role. This can also be applied when you form new teams and in need of a shared identity and purpose. The chosen symbol for pinning can crystallize the identity of the team.

When your team experiences a reorganization followed by layoffs or firings, anxiety is present. When an employee starts off new position, they often feel anxious as well.

Create a safe space with rituals. For example, our students created “Crash the Desk,” which focuses on employee onboarding. Crash the Desk, is to welcome new hires with a surprise treasure hunt. When the employee is distracted away from the desk, teammates fill up their empty new desk with personal objects. Then the employee must go on a hunt, talking to all their new co-workers to try to find the objects’ owners, and hearing stories about why they’re special.

4. For getting through conflict

When a conflict happens between team members, you can ignore it, go nuclear about it, or mitigate it. The last option is often the hardest one, however, if done well, it can help a team bounce back stronger than ever.

A conflict ritual utilizes the safe space quality of rituals. Such a ritual usually starts with reflection and continues with the letting-go of negative emotions and ends with a commitment to a fresh start. Depending on the team dynamics, a neutral outside facilitator can help run such a ritual for the team.

“‘The Daily Drawing is a small and easy creative ritual, that comes from designer Ayse Birsel . . . The goal is to wake the brain up, but not to think too much, and not to let the blank page intimidate you.”

“Burn the Argument” is a conflict ritual to deal with a fight that might have broken out on your team. It comes from one of our designer friends. She was addressing difficult emotions that emerged after a conflict between team members. A few days after the argument, a manager ran this ritual with them to help them move past the bitter feelings. The ritual involves team members writing down their feelings about the argument on pieces of paper, then tearing it up, and as a team, bringing it together. It’s a small symbolic act, but an explicit way to call out that conflict happened and that the team is deciding to move past it while still recognizing the emotions at stake.

In our work, we’ve found creativity particularly challenging as the concept often comes with a baggage of pre-conceived notions of what creativity is and where it belongs. Creativity is almost a taboo within overly bureaucratic cultures. You can introduce rituals into the existing routines as a way to infuse creativity.

“The Daily Drawing” is a small and easy creative ritual, that comes from designer Ayse Birsel. She starts each day by giving herself a short amount of time to do any kind of drawing at all, as long as the pen is moving across the page. The goal is to wake the brain up, but not to think too much, and not to let the blank page intimidate you. By having this little ritual of just doing any kind of drawing at all, you get yourself into a creative flow and stop anxiety from blocking you.

Keep up to date on the latest career advice, industry opinions and more.